We ended up booking 12 nights in to St. Andrews State Park because both Christmas and New Years were on weekends and therefore lots of locals had booked the campgrounds and in order to get a booking even for this park we had to change sites mid-way through. However the Florida State Park system is not as good as the National Park system as you can just book and not show up or only show up for part of your time booked. Since it’s cheap to stay people really don’t care about losing the money. In the National Park system you must arrive on the first day of your booking or you pay a penalty and lose your site. Consequently even though St. Andrews was showing fully booked there were lots of sites sitting vacant. On the first day in the park we did a bike circuit of all the roads and walked along the beach to check out the jetty. Along the way we saw more deer, the channel between St. Andrews and Shell Island, the Interpretative centre, and back at our campsite an Eagle in the tree. We had hoped to do some shore diving along the jetty but it turned out you needed to do that when it was high tide to minimize the current but that was always in the evening during our time period. We had also contacted 3 dive shops as there were some good wrecks and even some bridge spans sunk as artificial reefs off the coast but due to it being low season they weren’t taking any boats out. 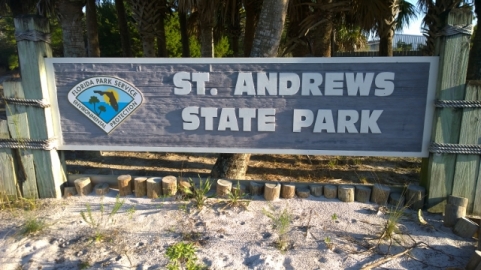 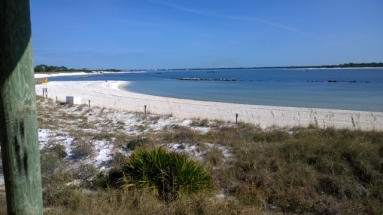 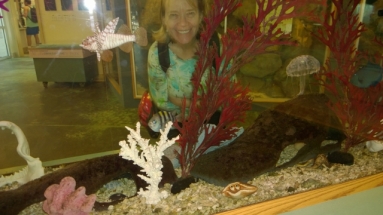 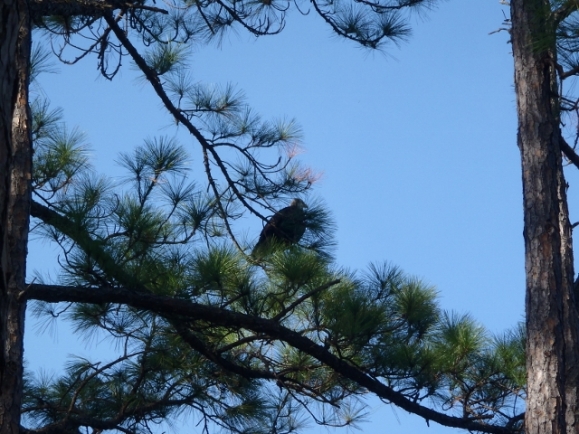 We did several days of bike riding outside the park along the commercial areas but the only interesting things were the Aquarium store with the large shark entrance, the marina, and a crab trap/buoy Christmas tree.

On Christmas Eve day we did some hiking to the Button Marsh Overlook, the Turpentine Still display, and the Heron Pond Nature Trail. The process of making Turpentine had some similarities to making whisky. The trees would have a variety of cuts in them so the sap would flow. They would keep the sap in large barrels and roll them up a ramp to pour in to the kettle. They had a furnace area adjacent to the kettle so the hot air would force the sap to condensate at the top of the still. The liquid would then run through condensing pipes in a large vat of water and out the bottom would come the turpentine. The spirits of turpentine would separate from any water and flow through smaller barrel overflows. The remains in the bottom of the still were the rosin which in turn was filtered through large sieves to sort out any pine needles or cones. Once the tree stopped producing sap they had a sawmill to cut up the tree. You learn something new everyday;-) As we continued on to the Nature Trail we saw this classic shot of the fishermen standing in the water and the Blue Heron standing behind waiting to be fed. The crane and other equipment was being used to dredge the channel and recoup the sand to use on the beach in the State Park. The bush just off the beach was quite dense (they were doing some controlled burns to eliminate the scrub and get the pine cones to seed) and of course we saw another deer. Are you getting tired of seeing deer yet! 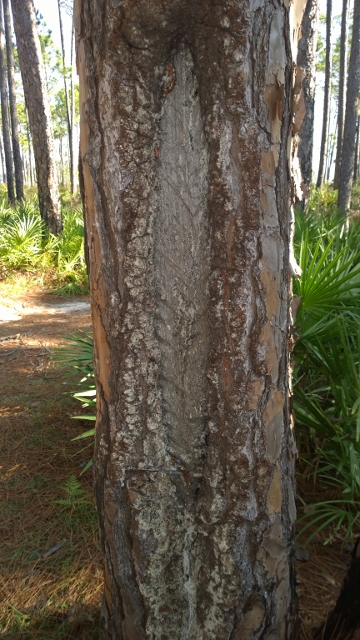 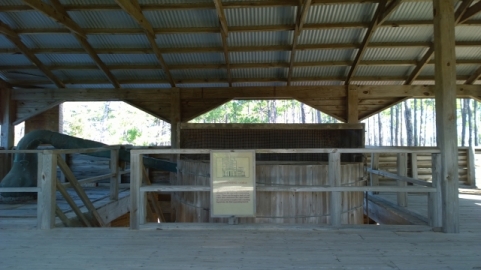 Christmas day was a combination of decorating our RV, walking the beach, making calls and Skype Video’s, and cooking up our Christmas dinner. For decorations we used a mat that Sandra and Ray had given us and our pine cone, wine corks, and seashells we’d found so far. On our beach walk the funniest thing we saw was the fan chairs with parachutes as the one guy was dressed as Santa and the other guy was an elf! Back at the campsite we had a bottle of Sparkling Key Lime wine we had purchased at a local Florida Winery while bike riding. For Christmas dinner we had BBQ’d Ham steak, Yams, Potato Salad, and green salad, with Pecan pie for dessert. It was a nice day but very hard to be away from family. 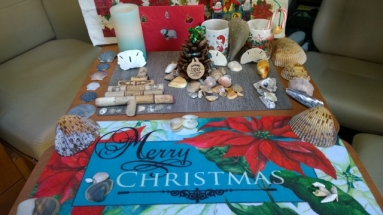 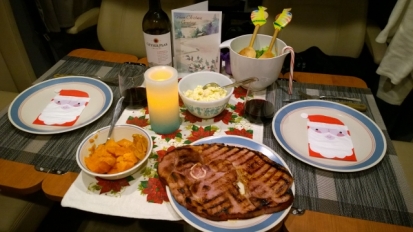 On Boxing Day we went to ride our bikes but it turned out Sharon had a flat tire so instead we walked over to the Gator Lake Trail. It was a short trail but we saw two turtles, one Blue Heron, and lucky enough we actually did see a small alligator. In the afternoon we removed Sharon’s bike tire and found that the tube had two punctures in it so we patched it up. Next stop at Walmart we’ll buy a replacement tire and tube so we have a spare. At the winery we met Larry who owned the franchise and he mentioned that he and his wife Kay would be camping in St. Andrews so he invited us to their site for a campfire. We enjoyed a lovely evening of conversation and some Black and Blue port (made from Blackberries and Blueberries), it was great! 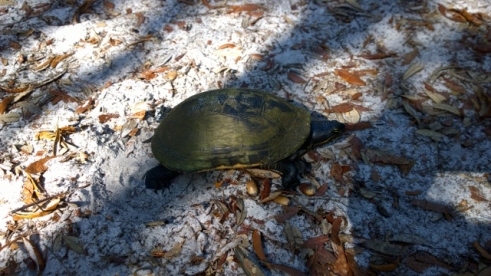 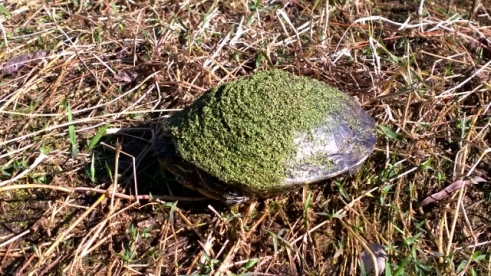 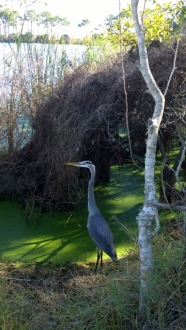 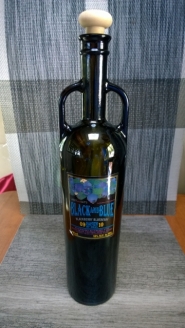 On Wednesday we had to change campsite locations so we decided to go out of the park with the RV and do some shopping. We did our usual trip to Walmart and then went to a very large shopping complex called Pier Park. It was all outdoors and reminded Sharon of walking down a street in Disney as it was very colourful had kid’s rides and lots of people walking around but no Mickey or Minnie. We had lunch there at the Hofbrau house (two for one beer coupon, prosit) which was just like the original in Munich that I had visited in 1982 (except a bit smaller)! We also stopped at Florida Linen to look at their fish themed linens, too bad there isn’t room in the RV for Sharon to buy anything. The linen store must not have very many men come in because the owner asked me to help her rip up a mat that was double sided taped to the carpet;-) We finished off with getting some groceries at Winn Dixie to tie us over through New Year’s. So far we’ve found the food prices way more expensive than in Canada (when you factor in the exchange rate) especially for fresh items however the liquor prices are far less expensive so I guess we’ll just have to drink more;-)