When we left Falling Waters SP it was Groundhog Day and Wiarton Willie predicted an early spring😉 We decided to make a few stops on our way to Sapphire Island RV park. First stop was Ponce De Leon Springs SP. This park just has day use, no camping. It was $4 per vehicle for day use. Florida has more springs than any other region in the world. There are over 600 springs in the state, some with merely a trickle and others among the largest in the world. Over the centuries acidic rainwater has dissolved cracks in the porous limestone and this forms underground reservoirs or aquifers. This spring was acquired in 1970 to make an outdoor recreation area. There are two limestone vents in the spring and they produce 14 million gallons of clear fresh 68 F water daily!

We walked around the spring and then walked the Spring Run Trail and the Sandy Creek Trail which were about 20 minutes each. I was debating if I should go snorkeling, since our underwater camera battery was charged, I decided to go ahead. I was the only one to go snorkeling while we were there. It was interesting because the second vent hole was hard to distinguish from above but quite pronounced underwater. You could also feel the cool water rushing out of that larger vent as it pushed you backwards. I could see how this spring would be packed in the summertime! We had our lunch by the spring before heading to the town of Defuniak Springs. 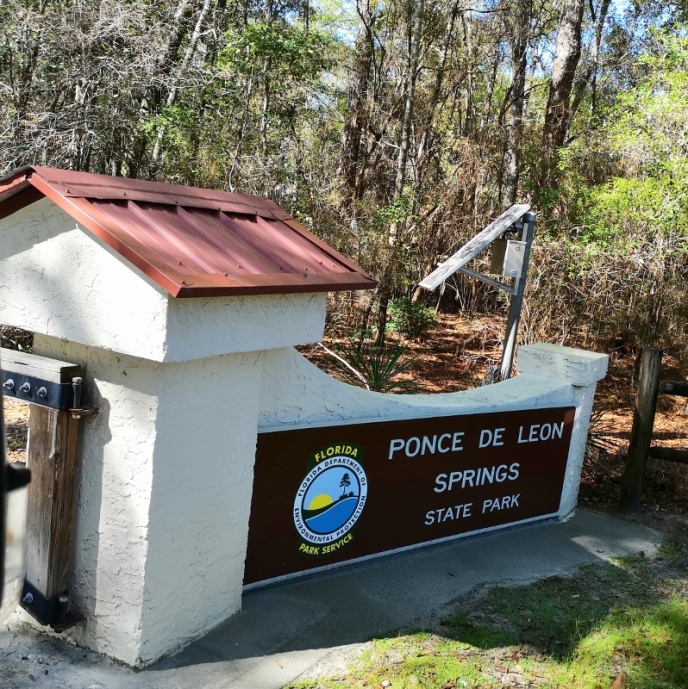 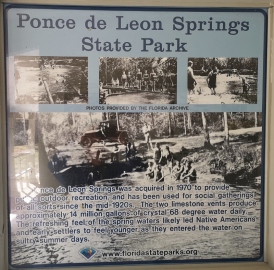 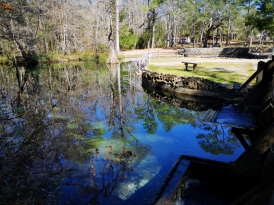 Tree Knees across the creek

Joel diving down to get underwater photo

In Defuniak Springs we went to Chipley Park so we could do the 4 km walking trail around the circular spring fed lake. As you will see from the photos there were many historic buildings and lovely homes around the lake. This area was famous from the Florida Chautauqua Resort/Campus that was here from 1885 to 1928. The grounds were gated, and many people arrived at the train depot for their stay. The association held learning activities in the areas of art, education, recreation, and religion. The original Chautauqua group was based in New York, but they wanted a southern location for winter time visits. Eventually the Florida group went bankrupt and sold the properties off to citizens and to the town of Defuniak Springs. After our walk around the lake we stopped at a bakery for some treats and found out that we had missed their Mardi Gras celebration and parade the day before;-( 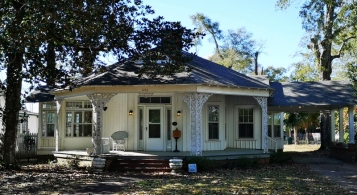 Octagon house that was originally the Chautauqua Art Department 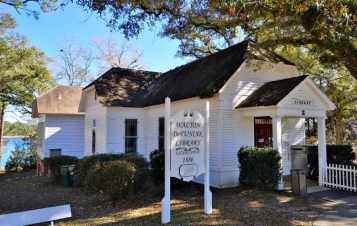 This old street car was beside the association building 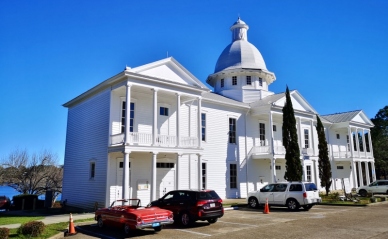 Chautauqua Hall of Brotherhood – original auditorium was behind 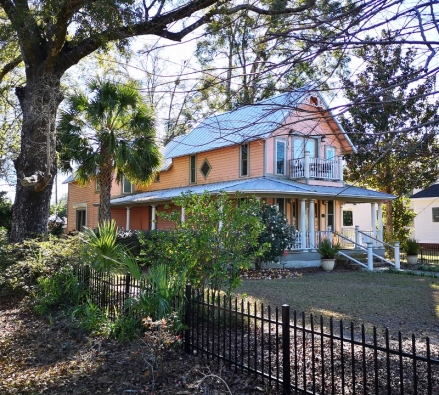 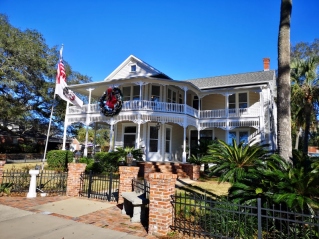 We think this was a B&B 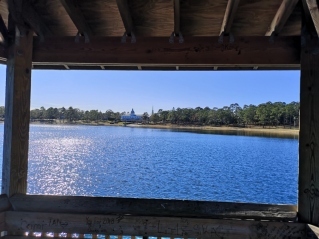 Chautauqua winery was on the way to the RV park, so we just had to stop in for a visit.  We did a “speed tasting”, the woman went so fast you hardly had time to taste anything (17 different wines but just small tastes).  They grow muscadine grapes in the area they use for some of their wines but most of their products were made with imported concentrate.  Of course, we had to purchase some of the products.  The most interesting was a chocolate port with real chocolate nibs in the bottom, looking forward to trying that.  (If you haven’t guessed it’s Sharon writing now). The RV park was named Sapphire Island RV Resort but unfortunately our site was the closest one to the highway, so it wasn’t a great night’s sleep. 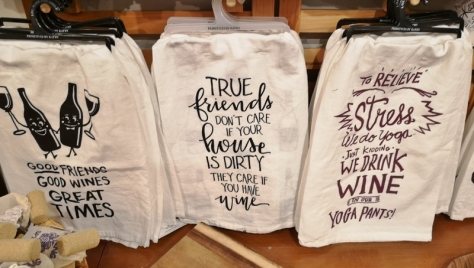 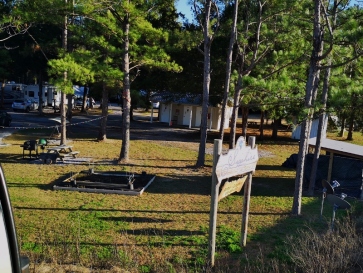 The next morning, we headed into Freeport for some groceries before an early check in at Fred Gannon Rocky Bayou State Park. The campsites at this park were large and lots of trees surrounding the sites.  It was a beautiful day, so we decided to hike the park trails.  We did the Sand Pine Nature Trail with all it’s Deer Lichen followed by the Rocky Bayou Nature Trail with views of the Bayou, then over to the day use area to do the Red Cedar Trail with its large cedar trees (7kms total for all 3 trails).

The next day we got the bikes out and rode the trails (a couple time each since they weren’t too long) and all along the roads within the campground (10 kms total ride).  On our final day we had to move spots but as soon as we did, we went for a walk on the trails again (5 kms).  This time there was a pamphlet for the Rocky Bayou Nature Trail, and it directed us to an offshoot where we saw a 500 lb concrete bomb replica of what the B-25 bombers used in World War II. This SP is located very close to Elgin Air Force Base and they used this area for training back in 1942.  We knew the rain was coming so we wanted to get some exercise in before we were RV bound. Luckily, we got back just before the rain started.  Sometimes rain is a good thing as it gives us time to work on the blog or do some travel planning.  Sharon however had a different plan today!  Awhile back, while shopping she found a gingerbread house kit on sale for $1.  “Well, that seems like something to do to pass time on a rainy day!”  So, Sharon had some fun and Joel got some blogging done. 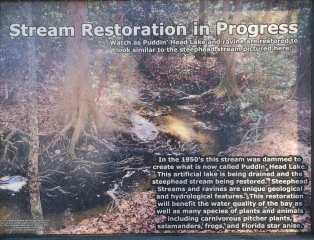 Many of the SP have habitat restoration underway

Puddin’ Head Lake being reverted to a Steephead Stream 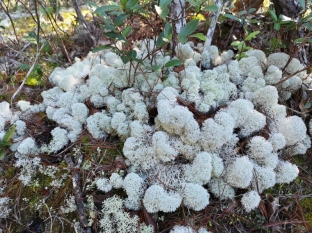 Rocky Bayou with tall Slash Pines along the shore 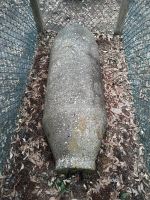 Sharon having fun making her Gingerbread House with LTV logo

We liked Fred Gannon SP but once again, time to move on to check out another new place.  Next, we head back to the Gulf Coast to Topsail Preserve SP for a six day stay.