From Oliver Lee we headed to Alamogordo to stalk up on groceries and Diesel. Next we visited the visitor centre in Tularosa where we sampled and purchased some Pecans (2 types, Pralines and Red Chile). As we headed up in to the mountains we could see a small amount of snow left at Ski Apache. We stopped at the Inn of the Mountain Gods Resort & Casino to look around but we didn’t do any gambling at the casino. We did see the Medicine Basket statue inside the resort and the Dance of the Mountain Gods statue in front of the Casino. It was also a little odd in the Men’s bathroom as they had a used needle container mounted on the wall! We carried on to Ruidoso downs where we went to the visitor centre to learn about Billy the Kid and see another interesting item in the Men’s bathroom;-) Next we saw the horse statue exhibit outside the Hubbard Museum. Ruidoso Downs has a racetrack where they hold the world’s richest American Quarter Horse (the largest equine breed in the world) race every Labor Day. We checked in to the Circle B RV Park for the night and saw some deer wander by our campsite after dinner.

Finally made it to the end of the trail, now we have to go back! 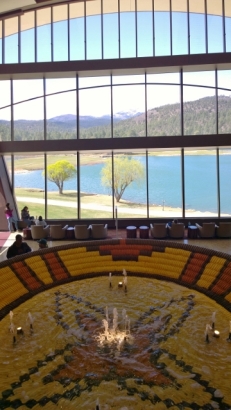 View from the Inn of the Mountain Gods Resort 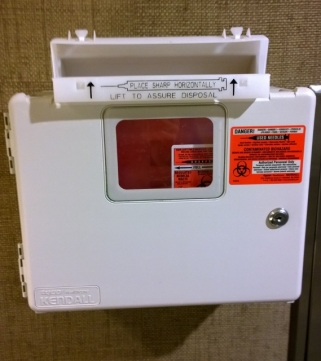 Dance of the Mountain Gods 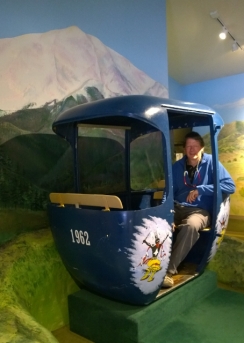 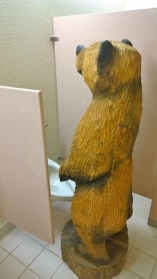 I’ve got this urinal

The next day we were heading for Roswell but we decided to do the Billy the Kid National Scenic Byway on the way there. Our first stop was in Capitan where we learned all about Smokey Bear. The Cooperative Forest Fire Prevention (CFFP) program had chosen Smokey Bear for their campaign in 1944 to protect the national forests as a valuable resource. It wasn’t until May 1950 that a catastrophic fire in the Capitan Mountains actually stranded a 2.5 month old 5 lb. cub in one of the burnt out trees. The fire crew rescued him and gave him to Ray Bell from the Game and Fish department who looked after him and flew him to Sante Fe to get his burns healed. Later they named him Smokey and he became the symbol for the CFFP program and he was transported to the National Zoo in Washington DC where he lived out his 26 year life as a goodwill ambassador. During his life millions visited him at the Zoo and marveled at his story. After his death he was returned to his original home and buried in the Smokey Bear Historical Park. The motto for the campaign (which I’m sure you all remember) was “Only YOU Can Prevent Forest Fires”. 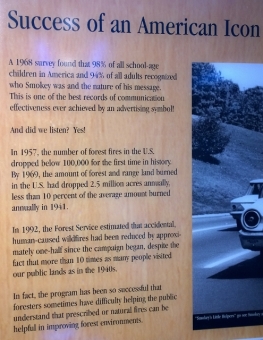 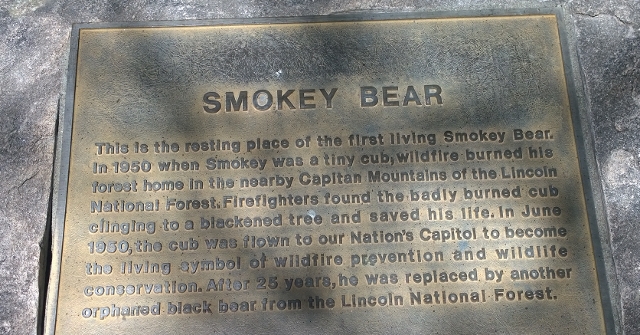 Our next stop was the Lincoln State Monument which is basically a town mostly preserved by the NM state to celebrate the history of the folk hero Billy the Kid and it is one of the best-preserved western towns in the United States. Here is the short version of the story:

They have a self-guided walking tour of Lincoln but we found out the ranger guided walk through town was being done at 2:30 pm so we decided to wander through the museum and a bit of town and then take the guided tour. We were so glad we did as the ranger just had us and one volunteer on the tour so instead of a 45 minute tour we got almost a 2 hour tour! We walked through the whole town and the ranger let us in to several buildings that were locked to the public. It was totally fascinating hearing all the history. After Lincoln we drove to Roswell and got a campsite at the Red Barn RV Park and had a nice sunset. Here are some of the shots from the tour.

One of the many movies about Billy 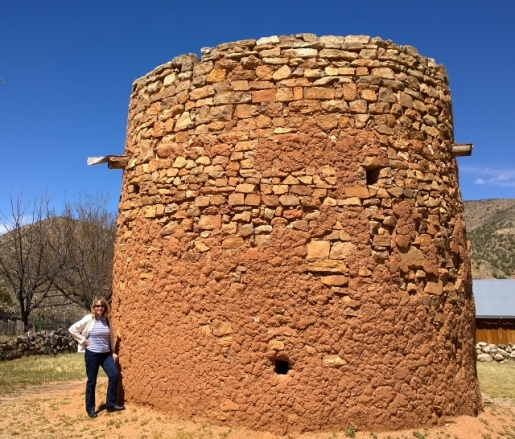 Torreon – built in 1850’s – Protecttion for settlers from Apaches 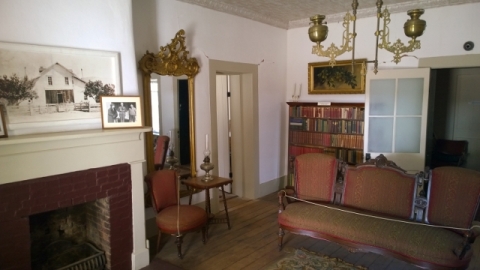 Tunstall Store Doors with steel plate in between – ready for war 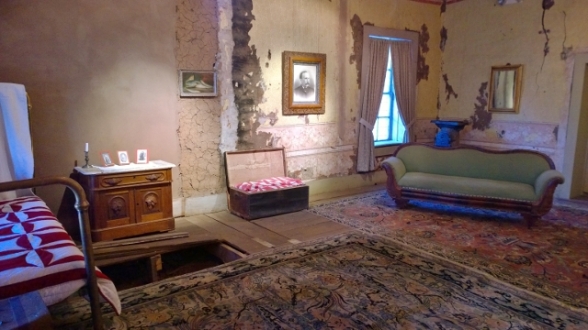 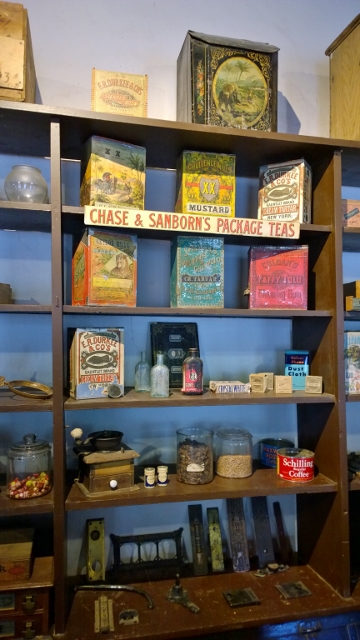 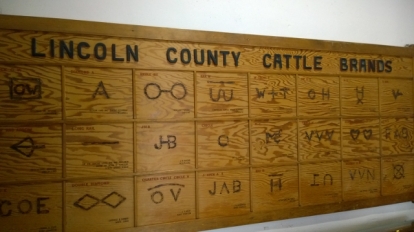