Roswell, do you believe or not, do you believe that Aliens landed and the government covered it up or was it really just a weather balloon? After visiting the UFO International Museum in Roswell you will have a lot more information to base your opinion on! This museum not only has display boards and signed affidavits from many of the people involved in the original incident in 1947 but they also have videotaped interviews with some of the people involved. There is some gimmicky stuff to keep the kids (and kids at heart) interested. Here are some of the exhibit boards so you can try to make your mind up. 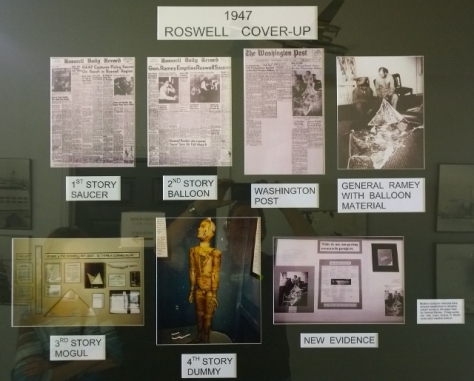 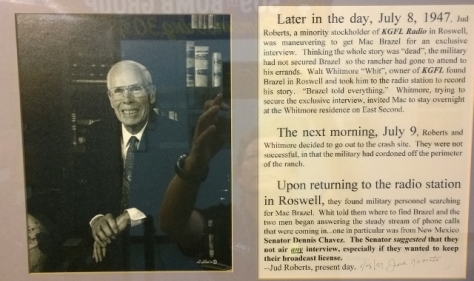 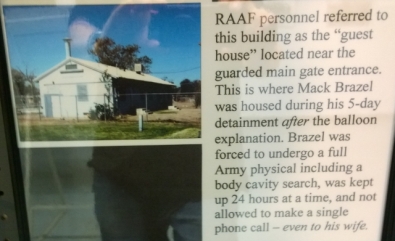 Symbols on the I Beam

Part of the weather balloon

Mandible from the Alien

Did Aliens land in Roswell?

The museum was taking us so long we decided to go out for lunch and got a recommendation from the ticket seller and we had an amazing Mexican lunch which was super-fast and inexpensive and then back to the Museum. The next area had UFO information from around the world and a full UFO library so UFO researchers can look in to reported incidents. About 90% of reported incidents are changed from Unidentified Flying Objects and become IFO’s (Identified Flying Objects) and only about 2% of actual incidents are actually reported. There are 4 main categories, Nocturnal Lights, Daylight Disc, Radar/Visual, and Close Encounters (Frist, Second, and Third Kind). 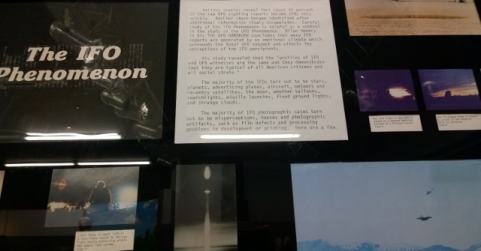 They also had an exhibit on a Mayan panel that appeared to show an astronaut working the controls of his space ship dating from 400-600 AD. In addition Petroglyphs/Rock Art in question, Nazi and Canadian flying saucers and some good cartoons as well. I’ll leave the rest up to your imagination;-) As a side note Roswell is also famous since John Denver and Demi Moore were born there, Roy Rogers met and married his 2nd wife in Roswell, and Sam Donaldson has a ranch west of Roswell. 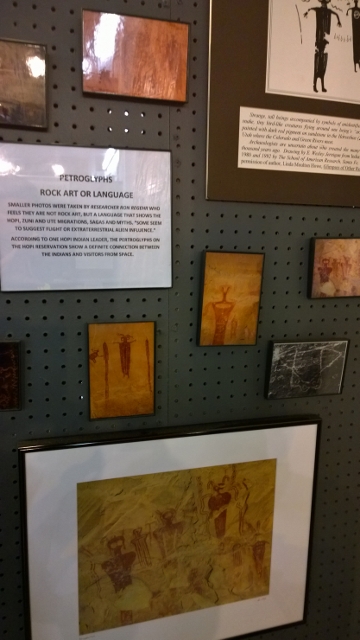 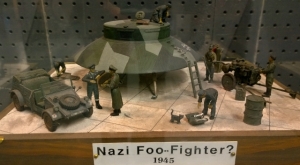 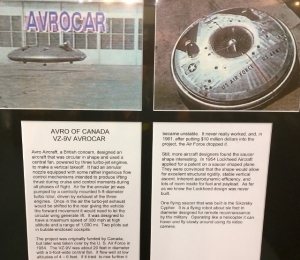 The next day we decided to head to Oasis SP and on the way we stopped in Portales (we loved their Welcome sign) and went to the Roosevelt Brew Pub. I sampled several of their beers and bought a pint of the Coffee Porter. They had 32 oz. growlers so I also left with a growler of the Coffee Porter and an IPA. Once we arrived at Oasis SP we got setup and met Bennie the host (full time for 2 years) and he told us about the small visitor centre and also the trail through the sand dunes so we decided to wander around. We saw the Oasis 3 acre pond where they stock the water with rainbow trout and channel catfish and have fishing derbies. We also read the boards in the visitor centre and it talked about an archeological site close by that the University is still doing digs so it’s not open to the public (you’ll see a Mammoth tooth in the display). Then we went wandering in the Sand dunes (no markings for the trail) and we saw lots of animal tracks in the sand and many mounds of productive red ants. We had a nice sunset after dinner at the campsite. I’ll finish off this New Mexico section with my final beer selection. This set was not as good as some of the prior selections. The New Mexico Pecan Beer was just plain weird, too sweet for me. My favourite was the Cats Away IPA although I was surprised by the ‘Round Midnight Belgian White as it had more citrus notes than most instead of yeasty so it would be my runner up. 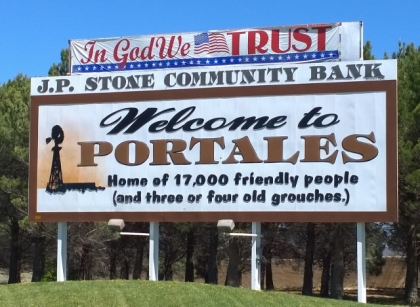 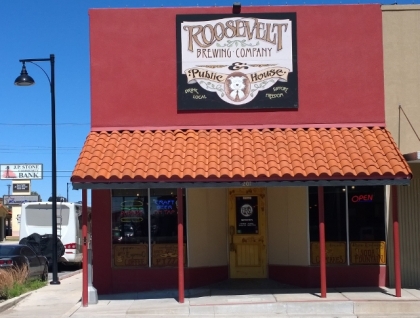 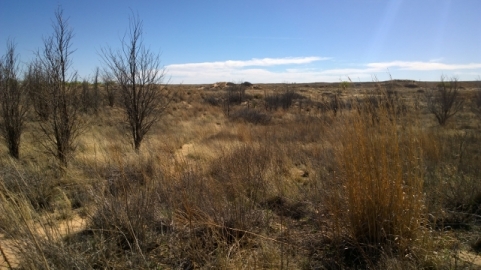 Tracks in the sand 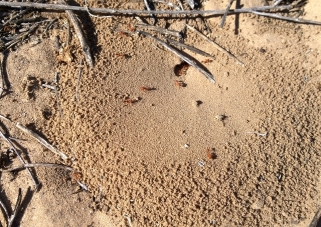 Our campsite in the centre back 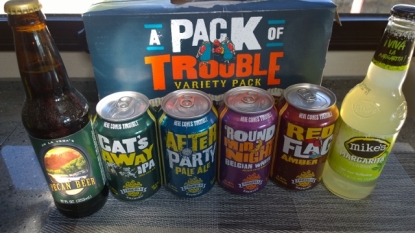 Last Beer selection for this trip